And I Must Scream Curatorial Conversation

And I Must Scream artist Ganzeer with curator Amanda H. Hellman 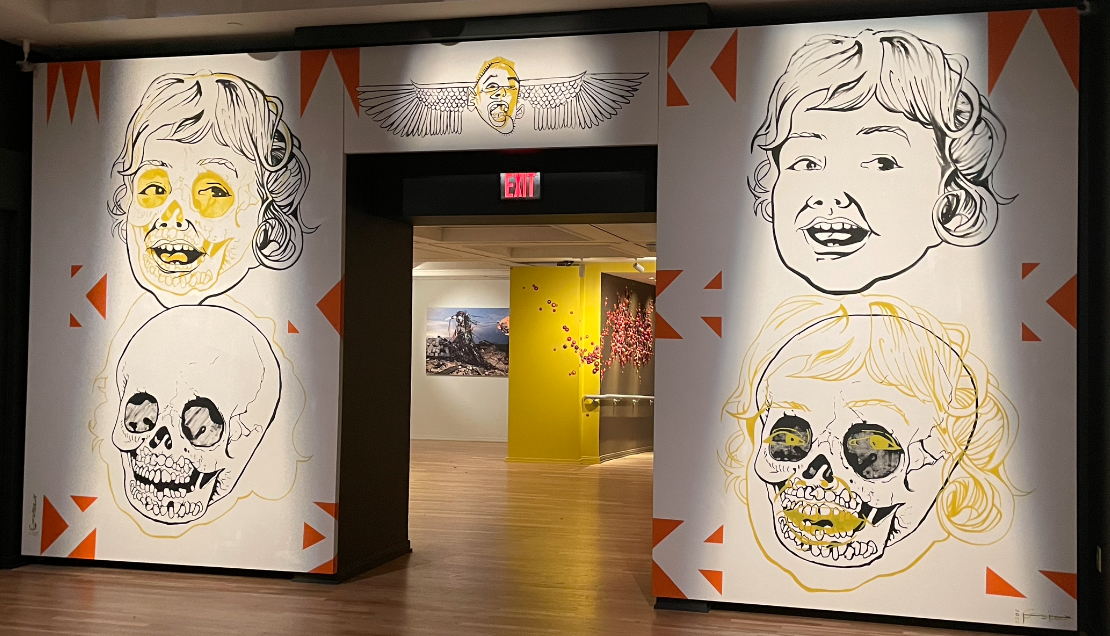 Ganzeer is an Egyptian-born artist who gained international recognition for his series of Cairo street murals in the wake of the 2011 Egyptian Revolution. Described as a “chameleon” by critic Carlo McCormick in The New York Times, Ganzeer operates seamlessly between art, design, and storytelling, creating what he has termed “Concept Pop.” His medium of choice, according to Artforum, is “a little bit of everything: stencils, murals, paintings, pamphlets, comics, installations, and graphic design.” His work is highly political, often taking strong stances against powerful governmental figures and their regimes. With over forty exhibitions to his name, Ganzeer’s work has been seen in art galleries, impromptu spaces, alleyways, and major museums around the world. He has been in residence at the Carlos since January 17, working on a mural for the exhibition And I Must Scream, which opened on January 29. In this Curatorial Conversation, Ganzeer and Carlos curator Amanda H. Hellman discuss his site-specific mural in this exhibition. This wide-ranging conversation situates this new work in the context of Ganzeer's larger body of work, which includes street art, graphic novels, paintings, and graphic design.