Meet Avalokiteshvara, the Bodhisattva of Compassion 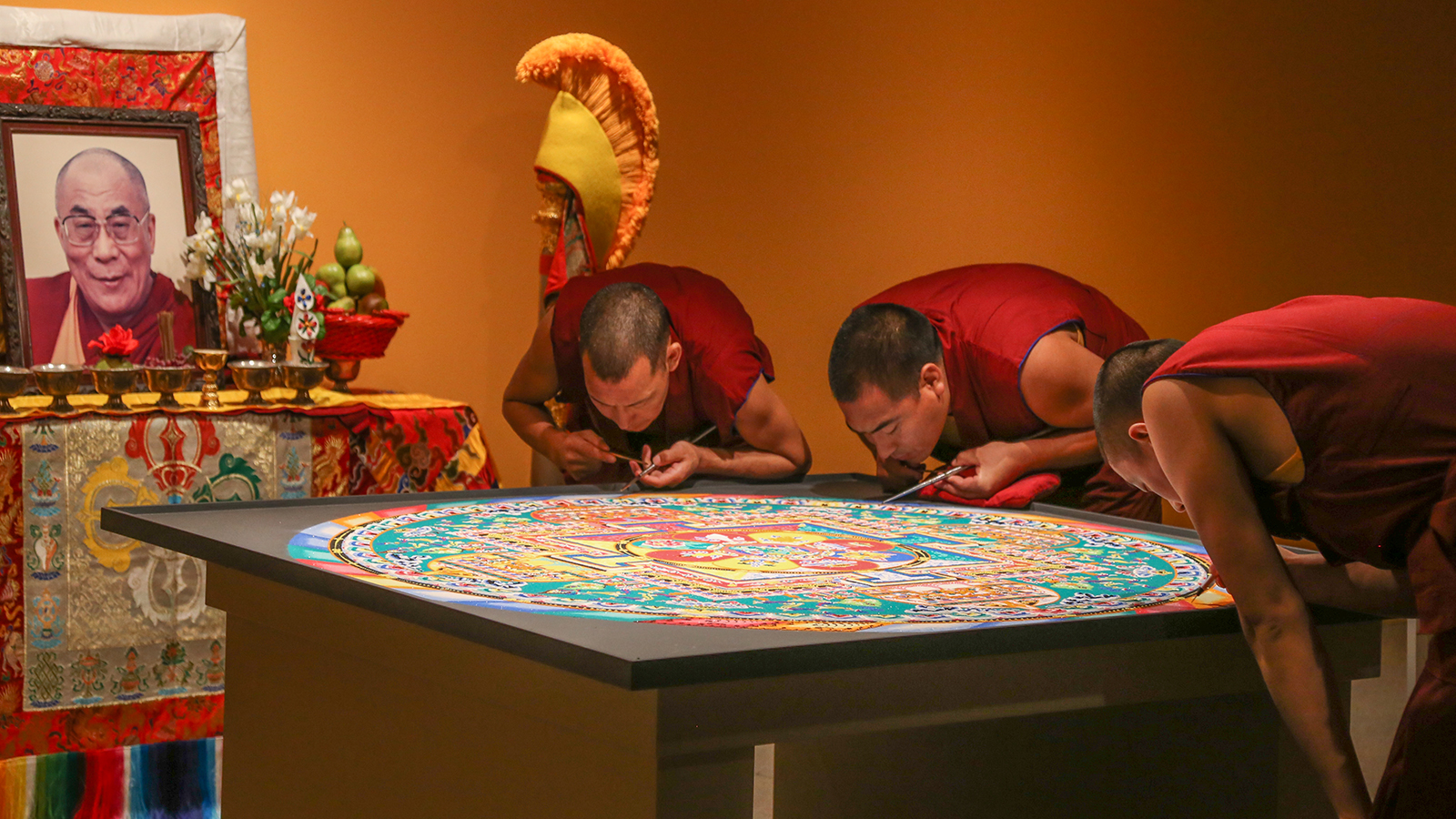 For one week in March, the Carlos Museum hosts Emory’s annual celebration of Tibetan culture. Tibet Week includes daily guided meditation, lectures, and discussions that will focus this year on the establishment of Emory’s new Center for Contemplative Science and Compassion-Based Ethics, with whom the Carlos will be working in the coming months to develop a tour of the collections based on themes related to empathy and compassion.

Tibet Week also includes the creation of a sand mandala by Buddhist monks from Drepung Loseling Monastery. Mandalas are visual representations of the universe whose imagery and colors corresponds to meaningful Buddhist concepts, and the process of its creation is a form of meditation.

In addition to Ackerman Hall, where the mandala will be created, visitors can encounter Avalokiteshvara in the Asian gallery in the form of a stele. Created in Bengal, India, sometime between the 11th and 12th centuries, the stele depicts Avalokiteshvara looking down upon the world and its suffering as he bestows a blessing.

Avalokiteshvara is also featured on Odyssey Online: South Asia, an interactive website featuring Buddhist and Hindu art in the museum’s permanent collection. Here, users can hear the pronunciations of Avalokiteshvara and the associated Sanskrit mantra, look closely at the stele’s symbolism element-by-element, and even watch a video of monks creating the Avalokiteshvara mandala during a past Tibet Week.

Museum visitors are encouraged to further immerse themselves in Tibetan culture by making their own sand mandala on Saturday, March 23, before Tibet Week comes to an end with a closing ceremony and the ritual “withdrawing” of the mandala at 2 PM.